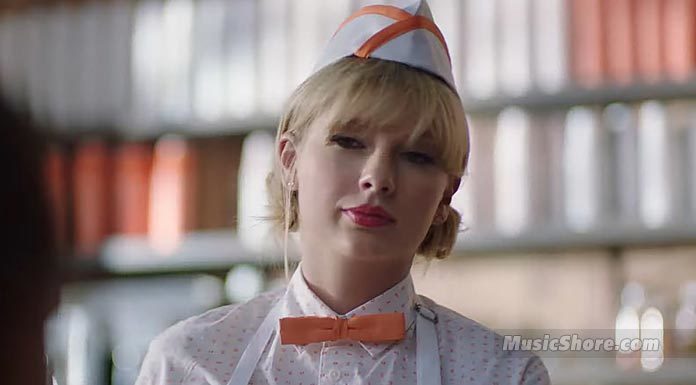 Capital One dropped a new commercial for its Savor card. In the 30-second spot, Swift stars as herself in addition to playing various restaurant staff roles, from a diner waitress to a bartender. Along the way, she shares plenty of secret messages, all of which were quickly discovered and shared by her fans on social media.

“There are fours and Katy Perry references everywhere!”

Fans quickly noticed and speculated about the fact that Swift was serving up burgers and fries, and the constant use of the number four in the commercial. The general opinion? Swifties think a collab with Perry is on the way.

“There were many 4’s everywhere, beside Burgers and fries there was a 4, and Burgers and Fries means Katy and Taytay, 4 is beside it and it might mean that Katy and Taylor’s collab is track 4,” Twitter user @MelCardines tweeted.

“BURGERS AND FRIES, A @katyperry AND @taylorswift13 COLLAB IS DEFINITELY COMING SOON!”

“Gosh, we are really having a TS & KP collab. Remember, Katy recent NRO Lyric Video, it was a CASH REGISTER and now Taylor in this commercial happened to be a BARTENDER/SERVER giving receipt, she’s also a CASHIER. 4 Burger w Fries must be a hint for Track 4 and that is a collab.”

While serving customers, waitress Swift hands over a check that reads $13.13 $13.13 = $19.89. While that is some seriously questionable math, it’s at least a great homage to her favorite lucky number and her birth year. 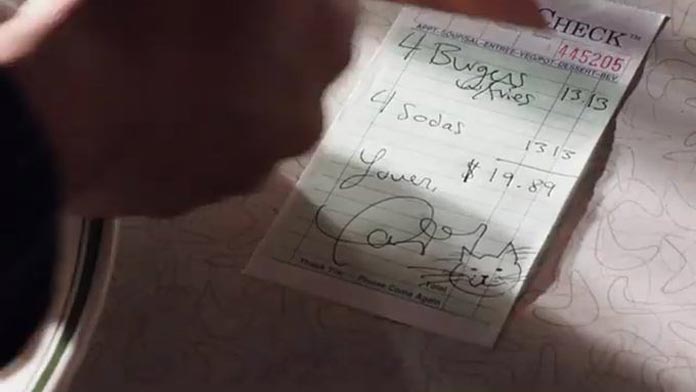 On the bottom of that check, Swift not only signed it with her real signature, but she also added in a cute little doodle of a cat. This one is less of a hidden message and more of a blatant show of affection for her favorite animal: cats.

The names Sandy and Jay come up. 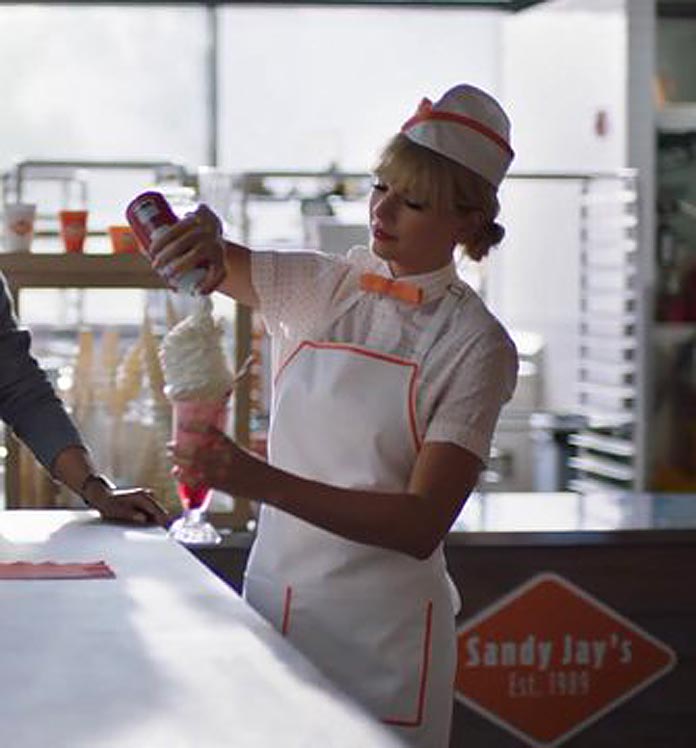 During the diner scene, Swift serves up a delicious-looking milkshake in front of a sign that reads “Sandy Jay’s.” At surface level, that clearly means the diner is named Sandy Jay’s. However, in the Swift universe fans know it must mean something different. 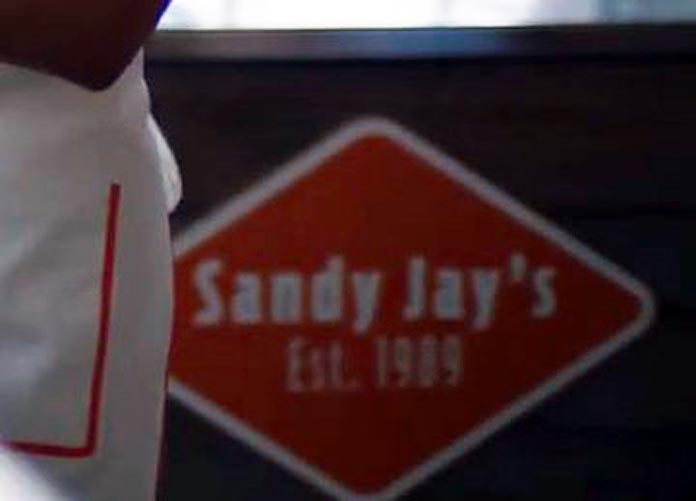 What all these messages really meant will soon be found out. 🙂