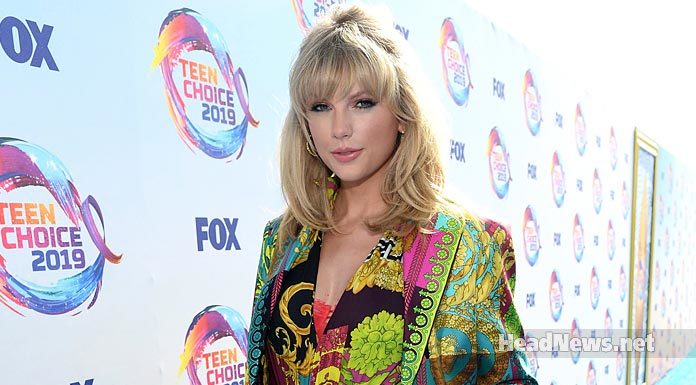 Swift accepted the first-ever Icon award at the 2019 ceremony and announced that the title song “Lover” off of her upcoming album will be out Friday, August 16.

Alex Morgan, captain of the U.S. Women’s Soccer Team, presented the singer with the award. And during her speech, Swift took time to call out the fight that Morgan and her teammates are going through.

“First I want to talk about Alex Morgan, the fact that she’s here presenting this to me is such an honor. Not only winning the World Cup with her amazing teammates, right? But while they were winning the World Cup, they were also taking a historic stand in terms of gender equality, gender pay gap,” Swift said.

“Please support her and her teammates because this isn’t over yet. It’s not resolved. Get online, talk about it. Let people know how you feel about it because what’s happening to them is unfair and they are heroes and icons for standing up,” she continued.

Swift also thanked her fans, and the person at the Teen Choice Awards who was behind putting the photos of her three cats Meredith, Olivia and Benjamin Button on the surfboard that serves as the award.

Thank you for everything, @taylorswift13 — you're a TRUE icon. #TeenChoice pic.twitter.com/2PZ8unzzjl