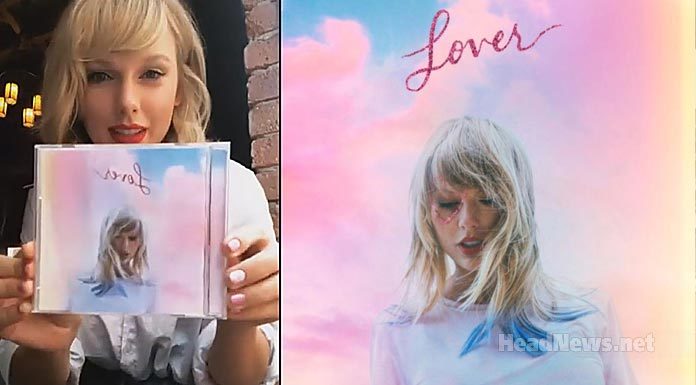 American singer, songwriter and actress Taylor Swift announced to her numerous fans that the premiere of her seventh album will take place on August 23, 2019.

But that the fans were not so difficult to wait, the singer decided to please them even more and announced the release of the video clip for the song “You Need to Calm Down” on June 17, 2019.

“This album is in tune, it’s very romantic – and not only thematically, all the songs in it are about love,” said Taylor Swift, describing the new compilation.

“I think the idea of ​​being romantic. It doesn’t have to be a happy song. You can find romance in solitude or sadness, experiencing conflict or dealing with not very pleasant things in your life,” Taylor added.

“Lover” is the first Taylor Swift album after the release of “Reputation” in 2017, which was sold in the amount of 1.2 million copies only during the first week.

The second collection “Fearless” was a real international breakthrough. Only two songs “Love Story” and “You Belong With Me” from this album were so much loved by Taylor Swift fans around the world that Fearless took 1st place on the Billboard 200 chart. And later it was recognized as the best-selling album of 2009 in the USA. This collection received four Grammy awards, and in the nomination Album of the Year, Swift became the youngest winner in the history of world music.

Taylor Swift broke the record of one of the most successful bands of all time, the Rolling Stones. The singer has collected a record profit during the American tour.