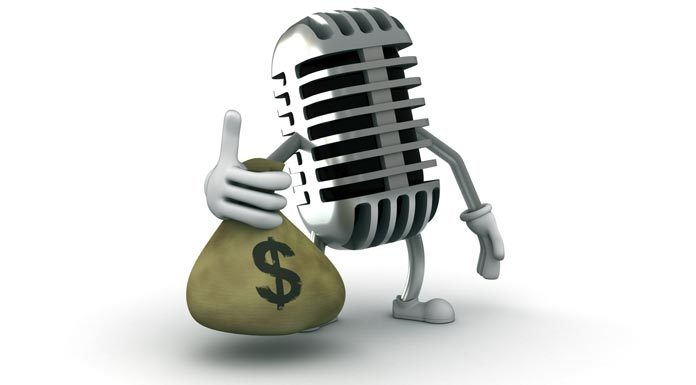 Artists without record labels generated $643.1 million in 2018, up 35% from the prior year, according to a new research survey conducted by the music distribution service and alternative record label Amuse alongside MIDIA Research. That represents a 3.3% share of recorded music revenues, up from 2.8% in 2017.

The findings, based on a survey conducted of more than 250 artists around the world, suggest that with alternatives to label deals expanding, independent artists are increasingly discovering new ways to generate income. As a result, labels are seen as less vital than ever to sustaining a career in music.

“There are a lot of these tools in the market that allow people to reach a certain level of monetary success on their own,” Amuse co-founder and CEO Diego Farias told Billboard. “And it sort of leads a lot of people in the creative industries, and especially among young artists, to believe that they can do this entirely on their own. I think that’s what’s being reflected here.”

Indeed, less than a fifth of independent artists who responded to the survey consider it important to be signed to a record label, while less than a third of artists already signed to a label feel it’s important. That shift in attitudes has coincided with a rise in alternatives to the traditional label system, including artist funding solutions such as 23 Capital — which allows artists to borrow against prior income — as well as The Music Fund, Royalty Exchange and Amuse’s newly-launched Fast Forward service, all of which offer artists up-front sums in exchange for a percentage of future royalties.

Still, the income generated by both independent and label artists remains low for the majority. Of independent artists who responded to the survey, nearly three-quarters said they make less than $10,000 a year from music, while 61% of label artists said the same. In addition, over two-thirds of all artists reported having to work other jobs outside of music in order to make ends meet. While struggling musicians will always exist — particularly with increasing competition in the DIY streaming age — Farias believes it’s possible for more of them to earn a sustainable living, both by increasing access to DIY technologies as well as signing them to less-exploitative deals.

“One of the issues has been that out of the dollars generated in terms of revenues, a lot of people have been biting into that, taking pieces of that,” he said. “At the end of the day, the amount of money that the artists have kept [has] been a fairly low amount.“

The study itself came out of a desire by Farias and his colleagues at Amuse to better understand the mindset of artists in 2019, many of whom have taken advantage of Amuse’s free digital distribution platform, which offers access to all the major streaming services. Despite the grim financial picture for the majority of respondents, the study did reveal a silver lining: Over two-thirds of respondents said they now feel they have more control over their careers than ever before.

That positive outlook likely comes from the slowly-waning influence of record labels. While those labels continue to wield enormous power, their perceived value has become somewhat less obvious in the light of increasing awareness of and access to alternative models.

“People are suddenly starting to ask, ‘Why am I giving away all of my earnings to someone who isn’t playing as pivotal a role as perhaps they used to?’” said Farias, who noted that Amuse offers more “artist-friendly” deals via its in-house record label. While Farias believes traditional labels will remain an important part of the music ecosystem moving forward, their longtime model — which often involves what he deems “predatory terms” — is something he thinks needs to change. On that front, he’s seeing some positive signs.

“We know that [the traditional labels are] already looking at changing up their models for how they work,” he said. “We see a lot of new types of contracts coming through from the majors every week and every month, so there’s definitely a lot of innovation happening there. But the innovation cycles are slower, of course.”

MIDiA conducted the survey independently through its channels, those artists surveyed were not specifically Amuse artists.