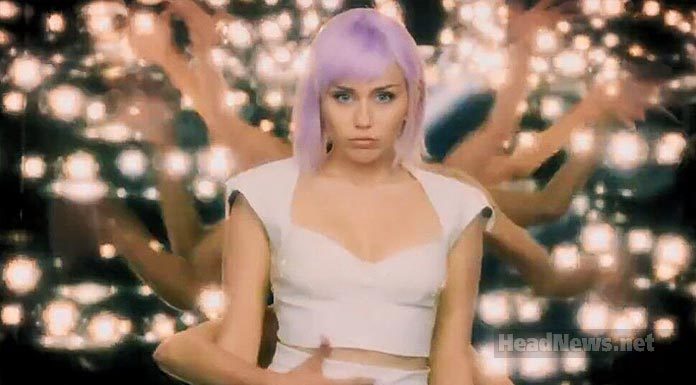 Miley Cyrus had a lot of fun playing a popstar in Black Mirror because her character’s journey bore a similarity to her own.

The 26-year-old stars as popstar Ashley O, who has a strong desire to leave behind bubblegum pop for edgier material, in the season five episode Rachel, Jack and Ashley Too. And, in an interview with Digital Spy, Black Mirror’s executive producer Annabel Jones went on to share that the Mother’s Daughter singer – who started out her career as Disney Channel character Hannah Montana before veering away from the polished image – was more than happy to delve into the similarities with her own artistic journey.

“As you can imagine, there were quite a few things in the script that she identified with,” she elaborated. “She’s got a very sarcastic sense of humour. She’s very acerbic, she’s very funny, and she delights in subverting things. Her whole career has been about (being) the Disney popstar who tries to carve out her own identity and as a result has faced a lot of opposition – from her label, and her fans in some respects.

“She’s been on that journey, so she found it hilarious. She said, ‘I’m going to have so much fun with this!'”

Creator Charlie Brooker highlighted the parallels between the story of a comatose popstar being exploited by her record label and the Wrecking Ball hitmaker’s career.

“I wasn’t specifically thinking of one individual person (when writing),” the show’s creator said. “But you know about popstars, and the problems they have, and the troubles they go through.

“Ashley O has this dodgy doctor feeding her pills and, actually, in the real world that’s not that far-fetched – as we know from other popstars.”

Season five of Black Mirror drops on Netflix on Wednesday.